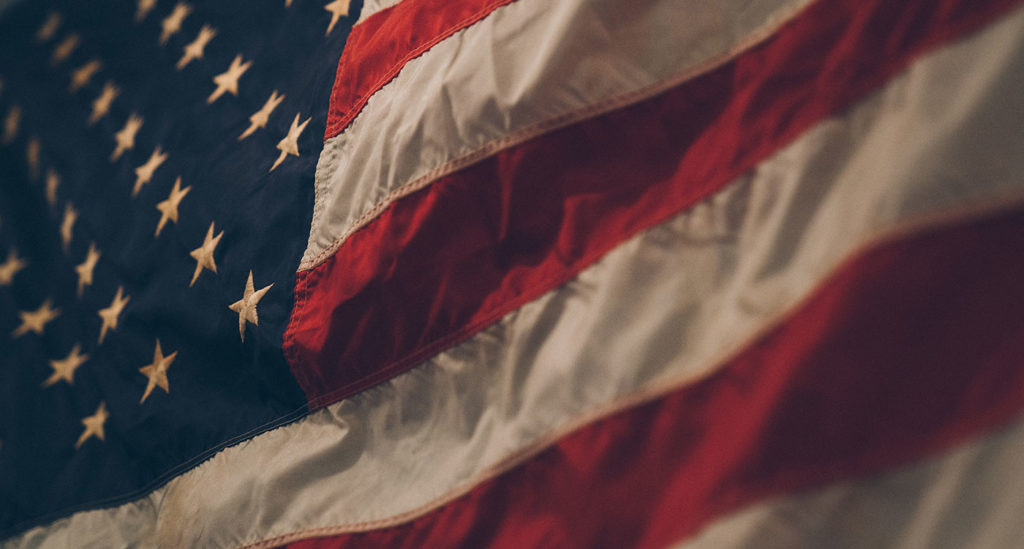 If you think Trump is a problem here is the reason why he got elected.

The US is in much worse decline than most people realise. The average American is much worse off than their parents were thirty years ago. The reasons are simple and demonstrable:

While the economy is 1.8 times bigger – wealthier – all the growth has gone to the rich. The average (median) American has seen no growth in their wealth. 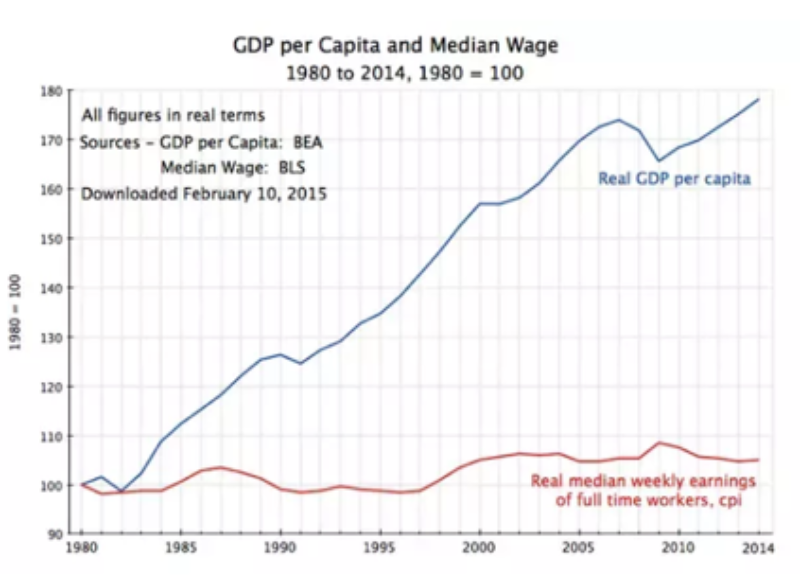 Well, I hear you say, that is a pity but not a disaster – at least they are no worse off. But they are worse off. Much worse off.

The biggest reason for this is the doubling in real terms of healthcare costs from about 8–9% of income to more than 17%. This is not because the inherent costs of healthcare are rising – they are, but only a little – nor because it is getting better in some other way. We can show this by comparison with other developed economies where satisfaction with heathcare is at least equal and health outcomes comparable (often better). 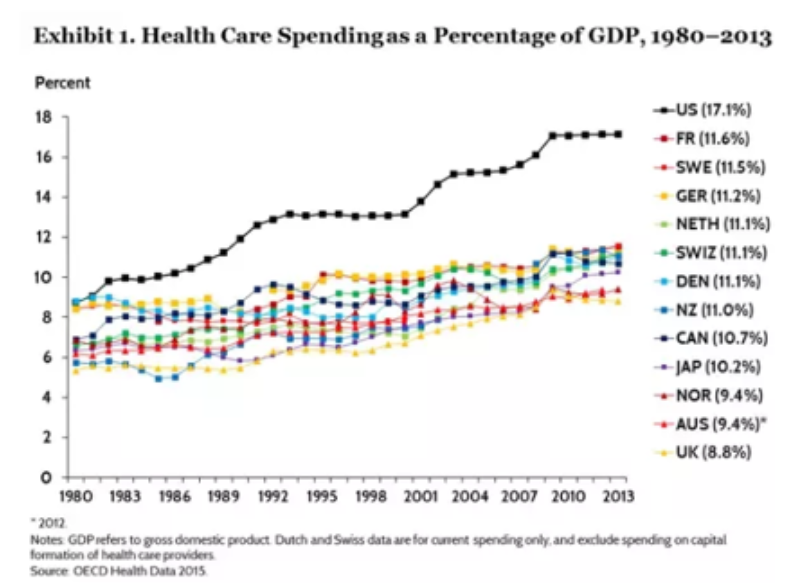 You are being ripped off in the US because you and Congress are obsessed by the financing system, not the cost: squabbling about the arrangement of the deckchairs on the Titanic. So that is a loss of about 9% of everyone’s income, which, as you recall, has stayed the same for the average American.

At the same time college costs have doubled in real terms – a less universal cost but and important one for many families. There seems no good reason why, Harvard, for example, which has massive endowments of wealth, has increased its costs so much, except that it can and it is greedy. It seems likely that legal costs have also risen substantially, although this is not measured overall and does not affect everyone.

So the struggle is real. Why has this happened? There appear to be three main reasons:

Your representatives have lost interest in protecting the interests of common folk. They do not raise or debate these issues. This is connected to….

Highly effective lobbying by those who profit from the system. The health lobby spends over $500m a year on lobbying and keeps the news system in check with large advertising budgets (largely for medicines the public cannot buy without prescription but that stop any media criticism). 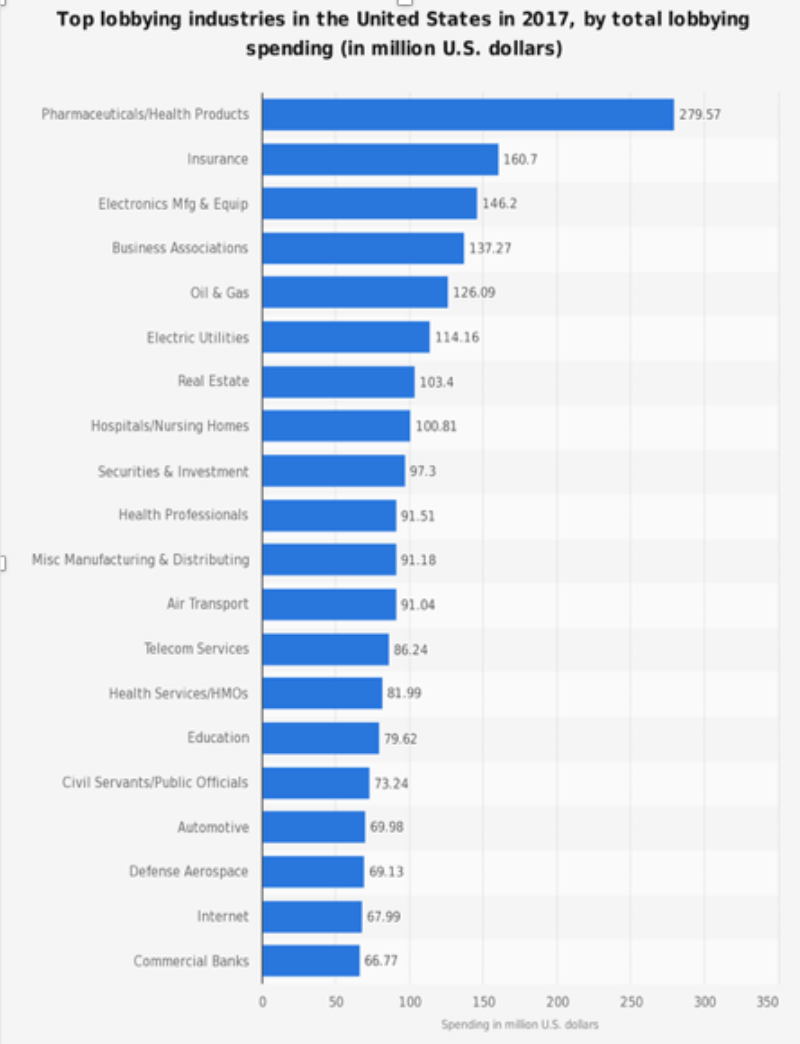 An issue not mentioned above is that the US spends as much as the next 10 countries put together on the military. The benefit of this level of spend to the country is unclear, while to members of the armed forces and their suppliers the benefit is simple and clear. We cannot get real figures of how much lobbying they do, as it is within the system, not an external cost.

Middle America has been persuaded, somehow, that the prosperity of the wealthy is good for them. Taxes on the rich have been substantially reduced, chief executive pay has multiplied.

There are a few other problems

The fantastic waste on agriculture. 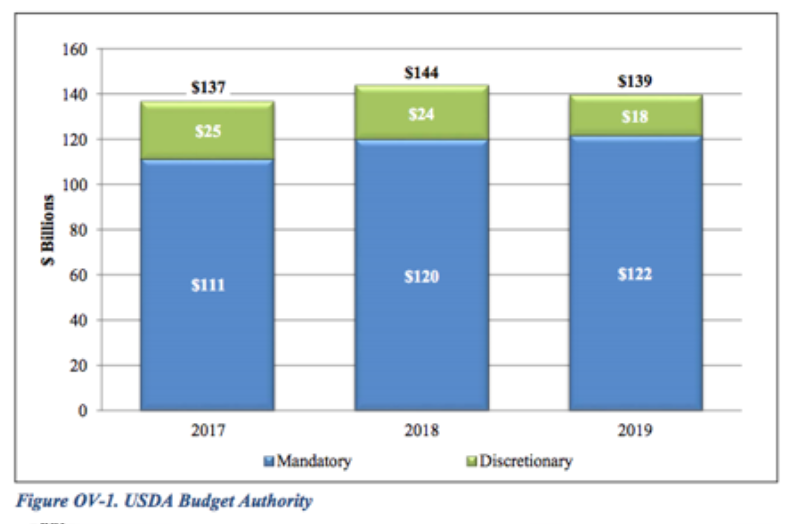 The appalling waste and injustice of the world’s largest prison population, double anywhere else per head. 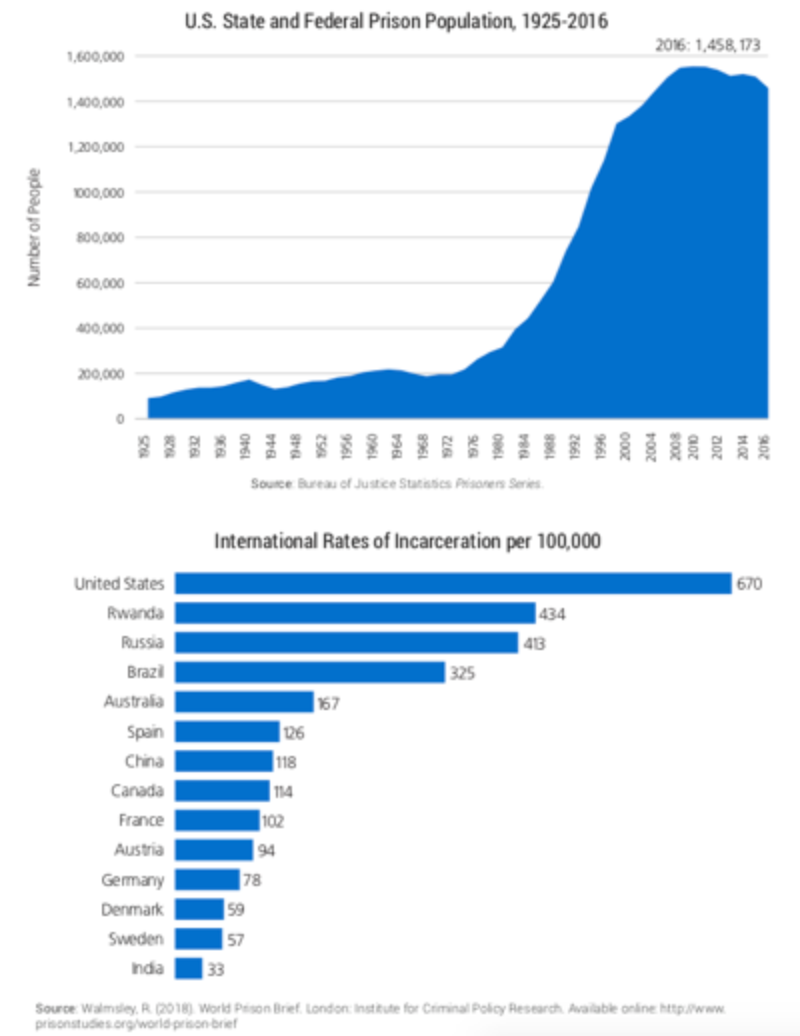 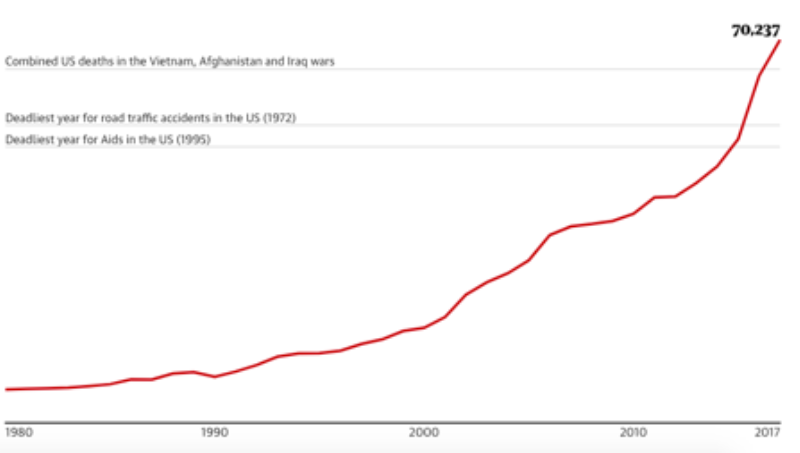 It was once thought that democracy would fall once people ‘realised they could vote themselves rich from the largess of the commonwealth’. It turns out that it is not, as people thought, the common folk that do this, but those who have the money and use a small part of it to persuade the government to give them more. We should not complain about them – you and I would do the same and tell ourselves it was for reasons of virtue. But we should look for ways we can change. The situation is not sustainable in the long term – people are angry enough to vote for anything that promises change, even if an elderly New York playboy is the only ‘anything’ they can find. He will fail and, when he does, it would be good to offer a better alternative than whatever chance throws up next time.